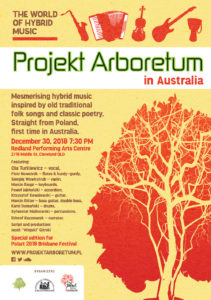 Projekt Arboretum is inspired by forgotten folk songs and dances of rural areas of the old and present Republic of Poland. Some of them were written down by outstanding ethnographers, including Oskar Kolberg, others have survived handed down from generation to generation. 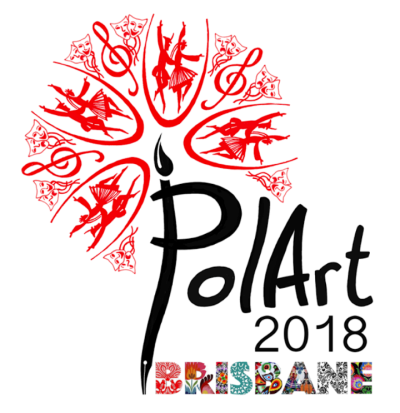 The repertoire of the international edition of Projekt Arboretum in Australia presented during PolArt 2018 Brisbane Festival will include contemporary arrangements of traditional songs from the Warmia region. The contemporary compositions inspired by the culture of the Yotvingians, ancient inhabitants of north-eastern Poland, will be also presented. This extraordinary music, called by its creators as the hybrid music, will be accompanied by a story about a simple human life from many centuries ago, sometimes with a pinch of a fairy tale atmosphere.

Projekt Arboretum presents traditional village songs and dances of the past in an innovative way. The members of the group present seemingly simple folk notes, arranging them into hybrid compositions. They use modern means of expression, such as jazz, ethno, alternative and progressive rock, as well as sung poetry, electronic and classical music.

1. When the spring will break through
original: Kiedy przebije się źródło

3. Tell me the news a little bird
original: A ty ptasku krogulasku

5. Which road will you take Jasiek
original: Kani ty Jaśku